Dover is one of NASCAR’s unique tracks. 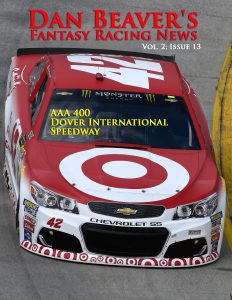 For many years, we used Bristol Motor Speedway as a comparative because, despite the difference in length, the two courses were high-banked and paved with concrete. The Tennessee short track began making so many changes, however, that the contrast became less apparent.

There is still some similarity between how drivers approach each track and Bristol should be given a little more consideration than other courses, but it is not as close as it was.

The same is true of Darlington Raceway. Concrete tracks are tough on tires as is the abrasive surface of that racetrack. The challenge with comparing these two courses is that since their single race has moved back to its traditional slot in the summer, Darlington is also largely impacted by the hot weather that changes the surface even more.

Dover can get hot during either of their races, but with one contest in the spring and another in the fall, that is not a defining characteristic. For that reason, it is best to concentrate on a driver’s Dover record first and then use other factors to fill in the gaps. .