They say you can’t go home again, but NASCAR has already been to Kansas Speedway this May. That race came on the heels of Talladega SuperSpeedway’s Geico 500 and two weeks after the Coke 600 at Charlotte Motor Speedway. The Hollywood Casino 400 comes in the wake of an extremely volatile Bank of America 500 and before what is certain to be an equally uncertain Alabama 500 at Talladega. 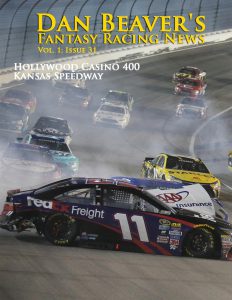 Last week, the 12 current Chase contenders posted an average finish of 18.2. That was their worst performance as a group in their last 44 attempts dating back to 2011. Five Chasers finished outside the top 30 and it has been a long time since that happened. The problem is that Kansas has an even worse race in their history as a Chase venue.

In 2007, six Chasers in a 12-car field finished outside the top 30; one other finished 29th. The good news is that the biggest incident that week was cause by a driver who is no longer racing and w

as at the end of his career at the time. Michael Waltrip triggered a mid-race pileup on the backstretch late in the LifeLock 400 under dark and gloomy skies.