There will have been 98 days between the checkered flag at Homestead-Miami Speedway and the green that will wave over Daytona International Speedway. There has been more time to study and prepare for this race than any on the calendar. 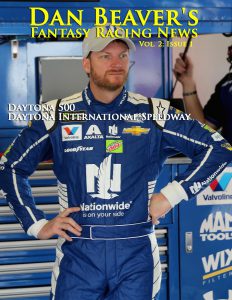 The Daytona 500 is NASCAR’s biggest race of the year. Teams spend hundreds-of-thousands of dollars on finding speed for this single event. They have more practice time at their disposal than for another event.

Those two facts are important to the rank-and-file fan.

They don’t mean a thing for fantasy players. Restrictor-plate, superspeedway races are the most unpredictable during the year; nothing is predictive. While that is true, there are certain indicators that will allow fantasy players to make educated guesses. Drivers at the top and bottom of the order often have patterns that help in their handicaps.